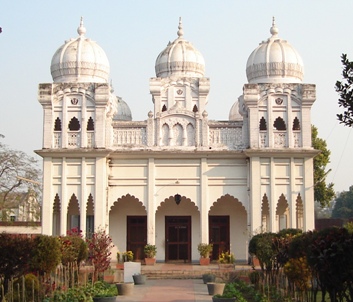 A Gurdwara is the Sikh religious institution where people of not just Sikh community but other religious denominations as well visit to pay their obeisance to the almighty god. The literal meaning of the term Gurudwara is gateway to the almighty Waheguru(sikh term for god).

A Gurudwara is usually characterized by the presence of sacred book of Sikhs Guru Granth Sahib which the community reveres and bows their heads to.

Apart from this, a Gurudwara also has a tall flagpole. The significance of this is to inform the people who are at a distance about the existence of a Gurudwara. A Gurudwara also has a Langar hall, which is a community kitchen where free food is served to all. In this hall everyone has to sit in queues on the floor, irrespective of their social stature and enjoy the preparations. Food is usually kept simple in consonance to the Sikh way of life. Some of the Gurudwaras also have primary schools and libraries. Panchkula has some very famous Gurudwaras with great histories behind them. They are:

Guruduwara Baoli Sahib is in the Panchkula city located at the back side of Mata Mansa Devi Temple. The mythology says about this place that the first guru of Sikhs, Guru Nanak Dev Ji visited this place once. This particular place was then struggling with rampant shortage of water. As people of the place became aware of the visit by Guru Ji, they decided to discuss this problem of water shortage with him and, hence, came to him in hope of a solution. Guru Ji, on hearing their pleas, excavated a piece of land and a spring of water erupted out of it. 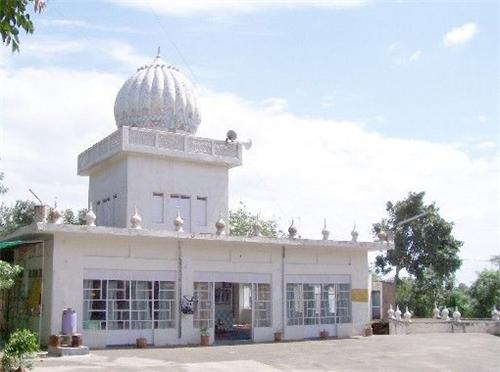 Guru Ji also declared that this water spring in the city of Pinjore is the purest form of water and thus have the ability to cure any kind of disease.People here still believe that the water of the spring has extraordinary divine power and therefore can cure any disease, if taken for 40 consecutive days.At another instance, Guru Gobind Singh Ji, the tenth Sikh Guru also visited this place along with 710 other sikh and drank the water from the holy spring and also stayed at this place for few days

Gurudwara Manji Sahib is again associated with the first Guru of Sikhs, Guru Nanak Dev Ji. As per the folk tales, Guru Ji visited this place during his third Udasi(travels) in 1516 when this place was a dense forest. Guru ji saw here a group of ascetics practicing Yoga.

Upon looking this, Guru Ji went up to them and explained them the true meaning of salvation which is achievable by nothing else but good deeds, and not giving up the worldly life and residing in forests and practicing meditation. Guru ji also magically cured the hands of Tunda Raja by sprinkling water from the sacred baoli that is located in Gurudwara Baoli Sahib. It was here that Guru ji uttered the pious Sikh poem of Asa Di Vaar.

Gurudwara Nada Sahib is associated with the tenth and last human guru of Sikhs, Guru Gobind Singh. Guru Ji visited this place after being victorious in the famous Battle of Bhagnani along with his army of warriors. On their visit, the chief of the place Nadhu Shah displayed exemplary hospitality and served guru and his sikhs with utmost respect, dedication and devotion. 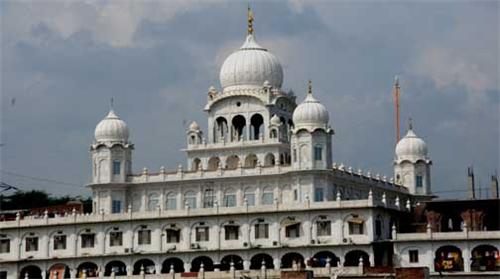 While leaving thi splace, Guru ji declared with full conviction that whosoever will visit this place will be free from the ever continuous cycle of birth and death which according to Sikh philosophy haunts human being. The Sikh shrine is located on the road to Parwala , Raipur Rani, Manak Tabra, Haryana, India

This Gurudwara is located in Raipur Rani District of Panchkula.The story associated with the place goes like this that there was a Rani who was an avid devotee of Guru Gobind Singh Ji, the tenth guru of Sikhs and used to meditate long hours in the memory of Sikhs with the only wish in her heart being to see guru ji once.

Guru ji, endowed with divine powers, got to know about this wish of Rani visited this place, Upon knowing this, Rani very happily visited Guru Ji and also served langar to Guru Ji with her own hands. At this place earlier used to exist the fort of Rani which was later metamorphosed into a Gurudwara in the memory of Guru Gobind Singh Ji.

Explore more about Services in Panchkula