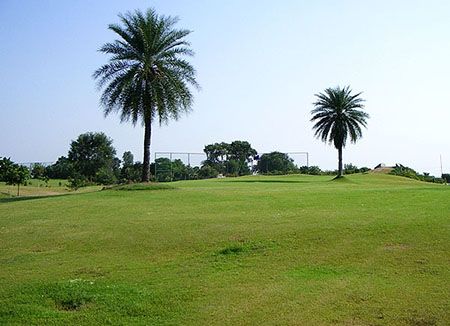 Panchkula is a well planned and urban city which lies adjacent to the Union Territory of  Chandigarh.It is a part fo Panchkula municipal corporation and constitutes of five sub districts of Kalka, Pinjore, Barwala, Rajpur Rani and Panchkula.Panchkula is located in the Northern part of the country in the state of Haryana. The geography of the region is typical of the plain areas of Northern part of India. Given below are some features of Geography of Panchkula.

The landscape of the area is plane and the city is surrounded by hill towns of the state of Himachal Pradesh. In fact, the city forms gateway to many famous tourist locales in Himachal Pradesh. Panchkula itself has a hill town of Morni. Morni is the highest point of the city. The city also has a perennial river called Ghaggar and Sirsa. The groundwater level in the city is good and the ground water is suitable for both domestic and agricultural purposes. The city of Panchkula is situated in Himalayan zones and is therefore prone to earthquakes of moderate to high intensity. The soil found in the region is that of loam and the slope of the region is from north east to south west.

Climate and Weather of Panchkula

However, the weather of the city is typical of North Western parts of the country called sub tropical monsson, with three major seasons of summers, winters and monsoon.

Panchkula witnessed dry and humid summers. The summer months begin from April and go on till June. The maximum temperature during these months can reach upto 42 degree Celsius. The summers, thus, can be very harsh at times. Along with high temperature, hot winds called ‘loo’ makes things worse. Thus, if planning to visit Panchkula, it is advisable to avoid the summer months especially May and June when heat is at its peak. If absolutely unavoidable, do remember to carry light cotton clothes, sunscreen, sunglasses etc to mitigate the effect of hot weather and hot winds.

Monsoon refers to the rainy months and usually is witnessed during the months of July and August till mid September. The region receives ample rains during these months and at times it pours cats and dogs. The weather also becomes very humid at times, during these months.Keep a tab on the local weather news regarding rains etc and plan your travels accordingly. Carry umbrellas, rain coats etc and also cotton clothing as generally the weather becomes extremely humid post rains.

Winter months in the region cover the months of December, Januray and February. The season can be very pleasant at times, which is especially true of the months of December and February, when the weather is absolutely blissful. However, the winters can also be very harsh at times and the temperatures can drop to very low levels, something which is common during the month of January. Carry heavy woolen clothings depending on the month you’re traveling to Panchkula in.

Owing to its proximity to many hill stations, the region of Panchkula might experience sudden change of weather with unseasonal rainfalls or cold breeze. However, by and far the weather of the region remains as described above. Thus, if planning to visit the city of Panchkula, refer to the above information to get an idea about the kind of weather that you can expect to be greeted with. The best time to visit the city is, however, Novemebr to December and then February to mid April when the climate is moderate and pleasant.