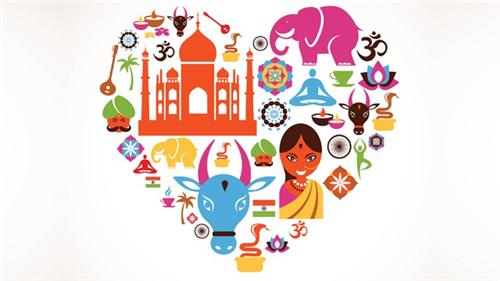 Panchkula is a highly well planned and urban city of Haryana located adjacent to the Union Territory of Chandigarh and is a part of Chandigarh Tricity which also includes Mohali along with Panchkula and Chandigarh. The place is usually inhabited by immigrant communities coming from different parts of the country especially Northern part. Many people working or studying in Chandigarh also stay in Panchkula because of close proximity and easy connectivity of the city to Chandigarh.

The dominant religion in the city is Hinduism and the second most dominant is Sikhism. In corollary to this fact, the festivals of these two communities are celebrated with huge pomp and show in the city. Also one will find a considerable presence of the places of worship of these two communities in the city with many historical temples and gurudwaras adorning the city of Panchkula. Nonetheless, the city of Panchkula also has a decent percentage of population from other religious denomination such as Islam, Christianinty etc and as such, irrespective of which religion one owes its allegiance to, the highly syncretic culture of the place will never make you feel like an outsider.

India is a multi linguistic country and each religion in the country has its corresponding language as well.Amongst the main languages spoken in the city are Hindi and Punjabi. However, due to the presence of highly educated and well qualified gentry in the region, English is also highly prevalent.

Costumes are an important cultural marker in our country. Each area has its distinct costume patterns on the basis of the culture that place represents. However, in mixed cultural and urban regions such as Panchkula, this marker becomes somewhat blurred. Panchkula has a high percentage of population from Hindu and Punjabi culture and therefore Saris and Salwar Suits, the major costumes of two communities respectively are commonly worn by women here. Men, however, usually wear the neutral costume of Trousers and Shirts or Kurta Pyjama at some occasions. Panchkula is a highly urbanized place and, by virtue of this, the younger population of the city usually prefer wearing western clothing and dressing styles.

Panchkula, thus, has a highly mix cultural landscape because of the highly mix population that is settled here.This place can be referred to as the melting pot of the sorts akin to all the major metropolitan centers of the country. People of different or no religious affiliation stay at this place with relative calm and peace. The people of the city are very tolerant towards the people of other communities and respect their religion as much as they respect theirs. Thus one can witness the spirit of different cultures while at Panchkula which gives this place a very exquisite charm.