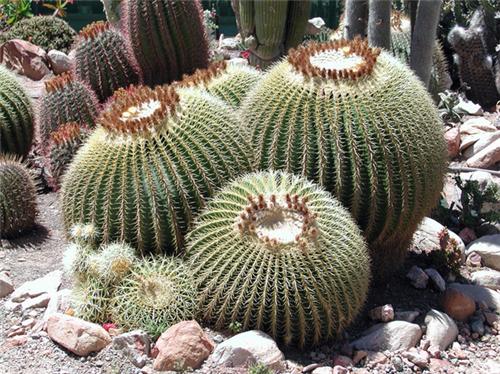 Panchkula has something delightful to offer to all the plant lovers out there in the form of the world famous Cactus Garden which inhabits the most exotic and endangered species of cacti plants. Cactus Garden, infact, is not just frequented by the tourist but also the botanists and other scientists for studying the exotic varieties of plants it houses.It is located at a distance of about 8 kms from Chandigarh . The garden is spread over an area of about 8 acres right in the heart of the city. Cactus garden is highly famous for its rare & endangered species of Indian succulents. One can spot nearly 3400 different kinds of species over there. It has been drawing more and more tourists and educationists every year, consisting not just of leisure visitors, but botanists also.

The National Cactus and Succulent Botanical Garden and Research Centre also commonly known as Cactus Garden is one of its kind garden which houses the most unique and exquisite variety of cactus, one of the least appreciated of plants,i some of the varieties of Cactus that exist here do not even exist. This garden is one of the largest in Asia.This garden was inaugrated in 1978 and began its journey with 500 plants from the wonderful collection of Tarsem Lal, a noted notanist of his time. One of the founding members of the garden was J S Sarkaria. In one of the controversy sorrounding the garden the son of J S Sarkaria lamented the lack of care on the part of the government towards the garden .

The structure of the garden consists of 20 raised ground features, 4 water bodies with specific water ways. Given below are some of the highlights of Cactus Garden: 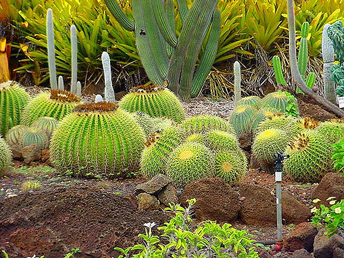 The plant Mammillaria has 20 species of its family in the garden and 160 species have been naturalized out door by the botanists.Apart from this exotic species of Aloe specios, Aloe ferox cacti plants can also be seen here.

The fore ground landscape of the garden has been done by the category of low growing cacti such as Mamillarias, Astrophytum, Notocacti and other exotic species
Bonsai collection of succulent and non succulent plants also embellish the garden which has been gifted to it by J S Sarkaria. The garden has eight glass houses which together display the acati and succulent plants of almost all genres.Garden also has a highly representative collections of Haworthias, Aloes and Gasterias.

Of these, some of the plants have been made available for sale to the plant lovers. This garden constitutes one of the major tourist attractions in the district of Panchkula. Thus, all the tourists visiting Panchkula must pay a visit to this beautiful and highly educative cactus garden and witness the exclusive species of cacti and other exotic plants, some of them hand picked from various locations by the experts in the field.