Panchkula belongs to Panchkula district of state Haryana. It is a planned city and the district Headquarters of its district. The name Panchkula is derived from Sanskrit language which means “The city of five canals”. 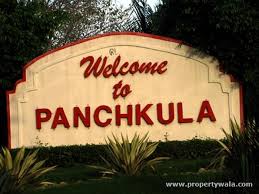 he term “5 canals” possibly refers to five irrigation canals in the city. The city is also popularly referred as Chandigarh Tricity. Chandigarh, Mohali and Panchkula are the three main cities of Haryana which is referred as the Tricity. The canals in the city take water from the Ghaggar- Hakra River. It is sited at a distance of 12 km away from the state capital Chandigarh and 255 km away from the national capital Delhi.

Panchkula comes under Ambala division of state administration and it is a Tehsil headquarters. The city comes under Ambala Lok Sabha constituency and the current MP of Panchkula is Shri Rattan Lal Kataria.
The city covers a total area of 816 sq km that is 315 sq mi. It is elevated at a height of 365 meters above sea level which is about 1198 feet and it has its coordinates at 30.74° North latitude and 76.80° East longitude.

The city is located near many popular tourist destinations like Chandigarh at 11.7 km away, Parwanoo in Himachal Pradesh at 22 km away, Yadavindra gardens in Pinjore at 14 km away and Chhat in Punjab at 15.4 km away.

Areas and Localities in Panchkula

The planned city Panchkula has many popular areas and localities its grounds. The city is divided into 21 sectors and the main localities in it are Mahespur, Village Kundi, Rally village, Haryana forest colony, Hsamb colony, Railla, Haripur, Bel colony, Raili, Green city, Wadhawa Nagar, Ekta village, Abhey pur and many other localities.

Panchkula has good roadway transport system. The national highway NH 22 also called as the Zirakpur to Panchkula to Kalka highway runs through the city connecting Panchkula to the neighboring states of Punjab and Himachal Pradesh. The major cities the NH 22 links Panchkula are Ambala, Solan, Kalka, Shimla, Rampur, Narkanda and Khab. Khab is located close to Chinese border. Apart form NH22 the city is very close to NH 73 and NH 3. The other major roads running within the city and connecting its localities are Mahespur road, Amartex road, BEL factory road, Golf course road, Budhanpur road, Sector 20 road and many other roads.

The Chandigarh Tricity is the home town of two most popular personalities of Haryana namely Sardar Anjum and Dr. Naresh. Both of them are very popular poets cum philosophers. Sardar Anjum authored nearly 25 books and many poems. He also headed the Urdu department of Punjab University. For his great work Sardar Anjum was awarded Padam Bhusan in 2005, Padam Shri in 1991, The Millennium peace award, Punjan Rathan, Literacy awards for 19 states in India and Ambassador of peace award in 2002. Dr. Naresh for his contribution to literacy was awarded National award by central government of India and Lifetime achievement award by Haryana state government. 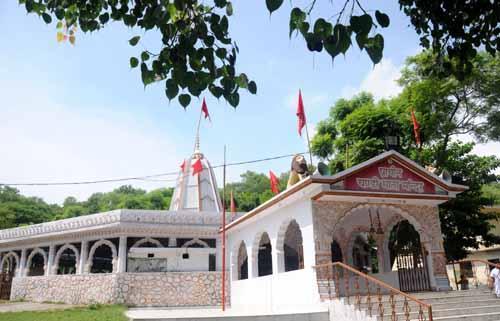 The city homes the Chandimandir Cantonment which is the Headquarters of Indian Army western command sited on the foot of Sivalik hills.  The name of this cantonment is derived from a small village that is located on the North Eastern end of Ambala to Kalka road. It is one of the modern military stations built in 1960s after Indian Independence. Sector A, B, C, D, E and F of Chandimandir homes the staff quarters of Military officer’s families. Residences of senior officers are located in Pine Marg locality. Chandimandir cantonment homes many military units, staff quarters, hospital, shopping complex, Manekshahaw auditorium, Raina stadium, library, banks and many other units. Through the cantonment semi perennial Ghaggar River flows.

The cantonment has good transportation facilities. Through Chandimandir the Chandigarh old Panchkula highway and Zirakpur to Kalka road runs. Chandimandir railway station is located in the cantonment which functions under Northern railway zone with the station code “CNDM”. The station operates trains to Delhi, West Bengal, Rajasthan and to many other localities in Haryana.

Here is the list of trains running through Chandimandir railway station: